The Viking Faction is a Faction in Totally Accurate Battle Simulator.

The Vikings are a faction that are based on the real Scandinavian warriors present in the 800-1100's, that are known for their invading multiple parts of Northern Europe during those times. They invaded several places of Northern Europe, including the east of Scotland, the north of Germany between others. This faction make it's strength from Berserk and Brawl than defense; some units can make powerful flanking charges with Headbutters, withstand barrages of ranged fire with Brawler Units. Viciously attack with leaping Berserkers, dive-bombing Valkyries, heavy area damaging Longships and all the while providing powerful backup units with the Jarl. They are also strong melee Units. It first appeared in the third Pre-Alpha update with the release of the Brawler (then simply called "Vikings") and the winter map. 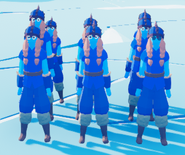 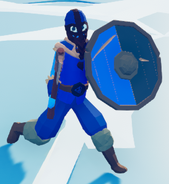 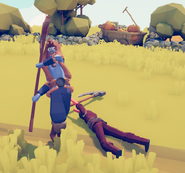 Retrieved from "https://totally-accurate-battle-simulator.fandom.com/wiki/Viking_(Faction)?oldid=56964"
Community content is available under CC-BY-SA unless otherwise noted.